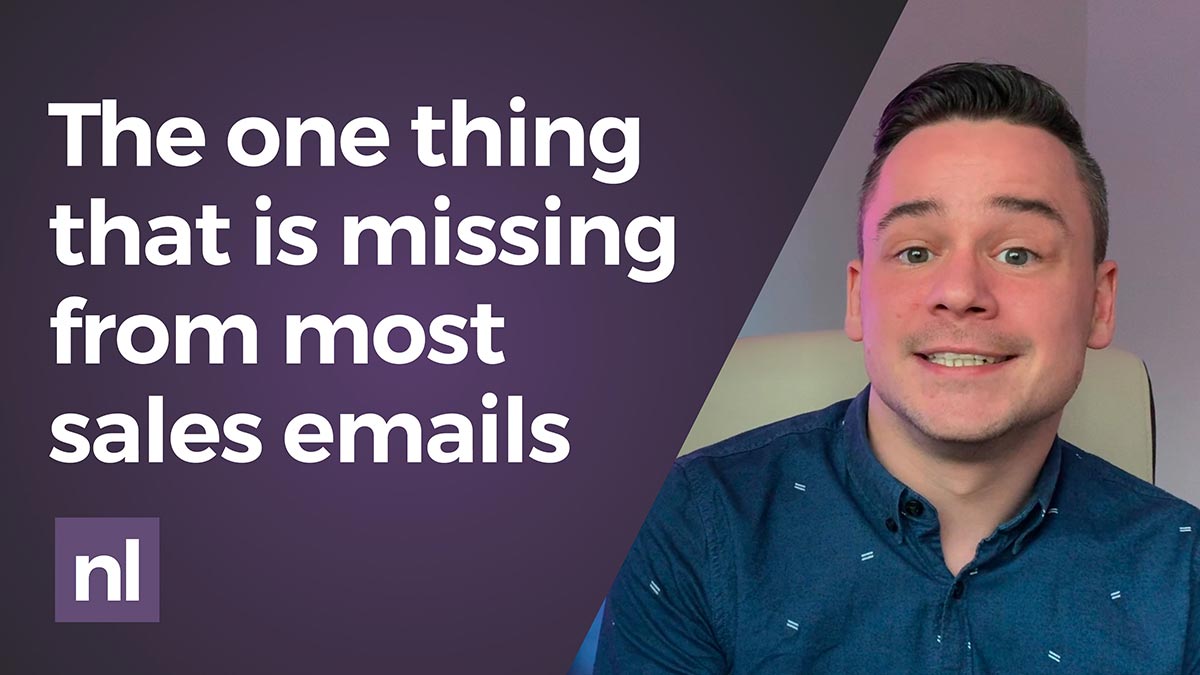 Video Transcript: Hey, it’s Nathan here with a marketing tip to help you build your credibility and win more business.

I woke up this morning pretty annoyed, and I’ll tell you why. So rewind 24 hours. Yesterday morning, I woke up, and I’d received an e-mail from Amazon to tell me that a product that had been on my wish list for quite a long time happened to be one of their deals of the day, massively reduced price, really, really good price but for 24 hours only. I’ll let you in on what the product was. It was a robot vacuum. Yeah. Now, I’m a bit of a geek, and rightly or wrongly, I decided a little while ago that my life would be a whole lot better if once a day I could have a little robot go around the house and do the cleaning for me. I don’t know whether that’s right or not, but it’s a product that I was interested in.

So you can imagine how happy I was when I received the e-mail to say that this product was 70 pounds off. Now, I couldn’t justify it at the original price. That’s why it’d been in my wish list for so long, but hey, for 70 pound off, that was a steal. Definitely interested. So I went off with my day, and I decided I was gonna bookmark it to get back to later ’cause I couldn’t take action at that time.

So later on, after a full day of events and different bits of work, I come back really tired, go to bed and have an early night. I’d forgotten about it, completely missed the deal of the day. So I woke up this morning and clicked, and I remembered I missed out on the deal of the day. I was gutted. Checked the Amazon site, and of course, it’s back up to its full price, isn’t it?

Now, I subscribe to lots of different companies that I’m interested in, subscribe to their e-mails, and also from lots of marketers that I want to take inspiration from, and one big thing that I see missing from many sales e-mails is giving people a reason to take action now. You see, your e-mail is fighting for the attention and the interest of that reader with lots and lots of other e-mails, some of them personal. Some of them are related to work, but in many cases, they’re more important than your offer that they just didn’t think about until it came in and landed. So you have to make sure that your e-mail has a reason why they’re gonna take action now. Otherwise, they’ll just save it for later and, hey, maybe even forget about it altogether.

So what could you have as your reason to take action now? Maybe it’s a deadline of five p.m. or even midnight like it was for Amazon’s e-mail. Maybe it’s a certain number of the product that are available, and after that time, the price you there goes up, or they’re just out of stock altogether.

Give your readers a genuine reason to take action now.

Nathan Littleton is a marketer, professional speaker and author who specialises in helping businesses to grow by attracting and winning more customers. Each year he sends more than a million emails on behalf of his clients, and his proven track record has led to him working with leading brands including Microsoft, Virgin Care and the BBC.